In 2015 Disney Pixar released a children’s film titled “Inside Out”. Like most of our favorite Disney films, Inside Out was full of laughable moments, relatable characters and spectacular animations. A bit less familiar is how the story of Inside Out perfectly captures the unpredictable emotional roller coaster so many of our children experience in their young lives. There are 5 main emotions the main character Riley experiences, which are represented as 5 interesting and engaging animated characters, Anger, Disgust, Sadness, Fear and Joy. The true magic of this film however, is that it has bought some much needed awareness to the importance of children being familiar with not only their emotions but having the ability to understand these feelings. The set of skills involved in being able to communicate and relate to others effectively is called Emotional Intelligence. Emotional Intelligence involves developing a toolbox of skills including:

Emotional Intelligence in adults is now considered as relevant and influential to the success for individuals as IQ. To assist our children in developing these essential life skills we can encourage them to identify and name their feelings and emotions. Through the use of the characters Anger, Fear, Disgust, Joy and Sadness, the film Inside Out is able to illustrate to children what each of these different emotions may look and feel like. For children, this is the first step in beginning to understand their own emotions and develop strategies to regulate these and communicate their needs. Many school programs are now beginning to incorporate components of emotional intelligence and, social and emotional learning into the formal curriculum.

As care givers we all have the opportunity to assist children in developing these essential life skills. Parents are one of the most important influencers in the development of emotional intelligence skills in children and young people. Parents can guide children’s emotional learning by encouraging them to identify their feelings. This can be achieved through verbally naming emotions such as “I feel sad/angry/hurt”, visual aids such as images of faces depicting various emotions can also be utilized in the home to assist children in developing skills to manage their feelings and emotions. By developing these essential life skills, our children will grow into highly self-aware adults who will be able to effectively communicate their thoughts, feelings and emotions to others. 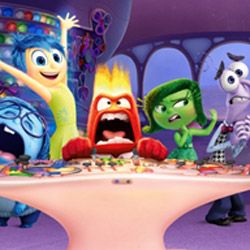 The Y is independently reviewed by the Australian Childhood Foundation (ACF) to ensure our services are safe for all children and young people.

The Y acknowledges the Traditional Owners of the lands we work upon and we pay our respects to Elders past, present and emerging.